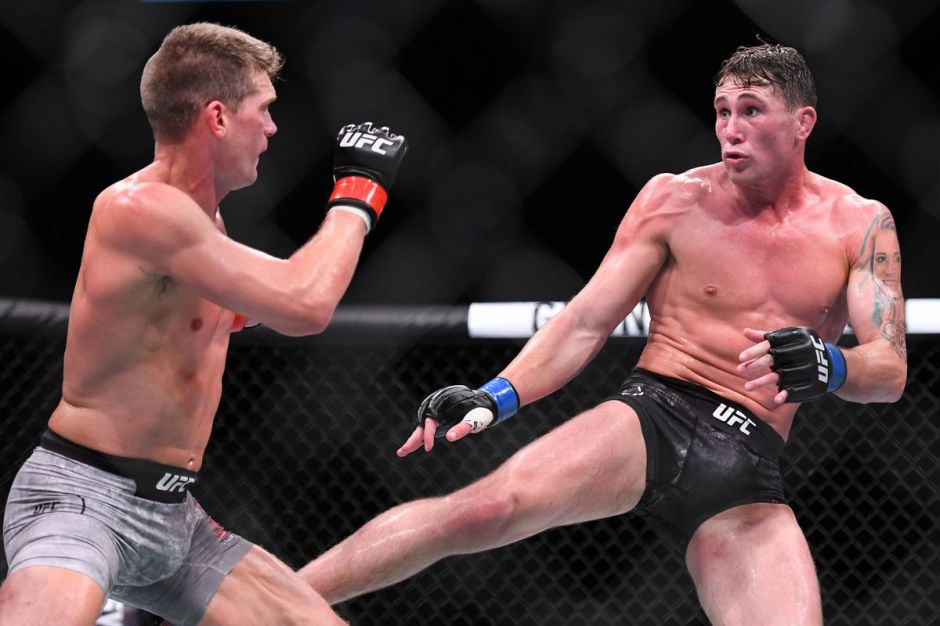 Considering the way confusion reigns in a number of UFC divisions these days, the welterweight title picture seemed to be a relatively straight forward one.

Reigning champion Tyron Woodley (18-3-1) has held the belt since defeating Robbie Lawler in dramatic fashion back at UFC 201 in November 2016. Since then he’s defended the belt three times, fighting to a majority draw with Stephen “Wonderboy” Thompson at UFC 205 before defeating Wonderboy in a somewhat less entertaining contest at UFC 209. Four months later at UFC 214, Woodley defended his title for a third time, earning a unanimous decision win over Demian Maia.

Since then, Woodley has been recovering from shoulder surgery and as a result, the UFC booked an interim welterweight title fight between Colby Covington and Rafael Dos Anjos, with Covington emerging victorious.

The next match up books itself – Champion Woodley vs interim Champ Covington in a unification fight. Nice and simple right?

Earlier today, number two ranked welterweight Darren Till reached out to Woodley on Twitter, telling him to “accept the fight mate”.

Woodley responded almost immediately and didn’t seem particualrly interested in Till’s attempt to call him out, pointing out Covington is up next and claiming nobody at the UFC had offered him a fight. Till however, doubled down on his previous message, insisting that Covington is out and he now has the next shot at the champion.

What fight? Ain’t nobody offer me shit. Thought Qweefington was getting smashed next. Y’all challenger need to coordinate y’all ass whipping better! https://t.co/iRAuRm84uf

People were quick to challenge Till’s title credentials considering his weight related troubles in his last appearance against Thompson at UFC Liverpool. The undefeated 25-year-old responded to one such challenge, confirming that this isn’t a case of him fishing for a title fight and claiming that the fight was offered by the UFC.

I ain’t asking for a title shot! It got offered.

For now, it seems the pair have reached a stalemate with Woodley declaring that the whole situation is “a sh*t show”.

MMAMotion reached out to Covington for clarification on the situation from his perspective but had not received a response at the time of writing.

With Woodley eager to make his return to the octagon before the year is out and UFC president Dana White insisting that Till’s next fight should be in Vegas, the only obstacle in the way of the two coming together appears to be Covington and his interim title. If Covington is injured and unable to face Woodley, it would make some sense for the UFC to give an opportunity to the number two ranked contender, Darren Till.