With the UFC’s marketing plan for their visit to Lincoln, Nebraska largely focussing on Justin Gaethje and James Vick having a combined 18 knockout victories between them, it was only fitting that the event delivered KO finishes in four of the six main card fights.

With big stoppage wins for Eryk Anders, Deiveson Figueiredo, Bryan Barberena and Gaethje, a split decision win for Cortney Casey along with a somewhat controversial decision win for Michael Johnson, the main card in Lincoln, Nebraska had a little something for everybody.

Let’s take a look at what could be up next for each of the victorious fighters following an action packed main card.

‘Ya Boy’ Eryk Anders bounced back from his first career loss in dramatic fashion, landing a brutal head kick to finish Tim Williams with less than 20 seconds remaining in their contest, earning a $50,000 performance of the night bonus for his efforts.

Anders came into the fight as a heaviest favourite on the card and while it wasn’t all plain sailing, he weathered the storm and delivered a stunning finish to take the win.

Anders called out number fourteen ranked Elias Theodorou in his post fight interview with the sole intention of securing himself a ranked opponent in his next fight. While Theodorou has a date with Antonio Carlos Junior coming up in the not too distant future, there are other optional available if Anders goal is to fight his way into the top fifteen.

Number thirteen ranked middleweight Uriah Hall (13-9-0) last fought at UFC 226, receiving a one sided beating from rising star Paulo Costa which mercifully ended with a second round stoppage. Hall will be eager to put that performance behind him and squaring off with former football star Anders would certainly give him that opportunity.

Deiveson Figueiredo kept his perfect professional record alive, stopping a battered and bloody John Moraga halfway through the second round. The 30-year-old Brazilian folded his American opponent in half with a stiff body shot before following him to the ground and ending the fight with a flurry of punches.

The win will send the undefeated Brazilian rocketing up the flyweight rankings, with Figueiredo likely claiming Moraga’s number six spot, putting him right in the mix of what is now a wide open division.

Deiveson Figueiredo with that TKO 👊 pic.twitter.com/6mZcUeUDyb

With the decisive nature of his win over Moraga, Figueiredo sent a message to the flyweight elite that he is a force to be reckoned with. The Brazilian’s next fight needs to be a serious test in order for him to prove he belongs in the title conversation and Joseph Benavidez (25-5-0) could well be the man to provide that test.

At 34-years-old and with 15 octagon appearances to his name, Benavidez is as experienced as they come in the flyweight division. Having twice fallen short against former champion Demetrious Johnson, he now finds himself in a state of limbo with Johnson having lost his belt to Henry Cejudo, weeks after Benvidez himself lost to Sergio Pettis. A win there would have put him on the map for another crack at the strap but as it stands, the perenial contender will need to earn his way back into contention. A contest against the undefeated Figueiredo would certainly fit the bill. 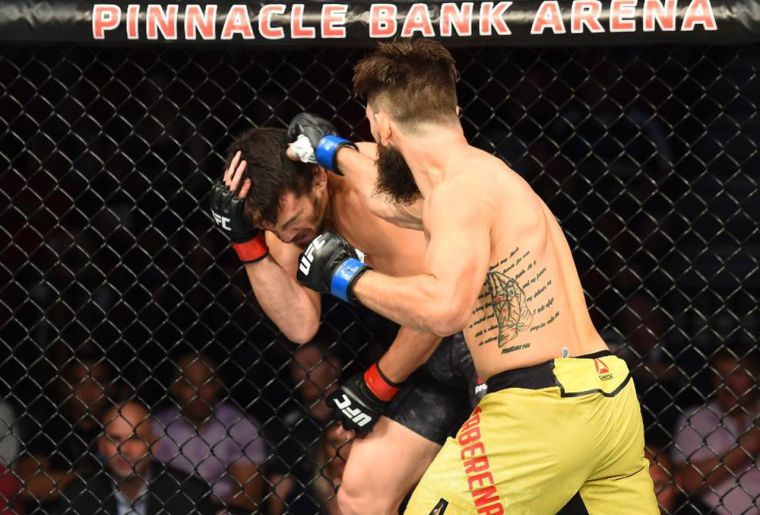 Almost one year since his unanimous decision loss to Leon Edwards, Bryan ‘Bam Bam’ Barberena made a successful return to the octagon, stopping local favourite Jake ‘The Juggernaut’ Ellenberger with a first round KO in what proved to be the final fight of Ellenberger’s storied career. It was a disappointing way for ‘The Juggernaut’ to finish his 46 fight professional career, particularly in front of his home town fans.

Barberena wasted little time in proving he still has power in those hands, stunning Ellenberger with the first shots he landed before quickly putting an end to proceedings on the ground.

Having alternated wins and losses in his last five fights, Barberena will be looking to show a little consistency with his next appearance. Speaking with Paul Felder after the fight he made it clear that he wasn’t interested in chasing the rankings any more, he just wants to put on exciting fights for the fans.

Who better to do that with than Yancy Medeiros (15-5-0)? The Hawaii native hasn’t fought since snapping his three fight win streak with a first round KO loss to Donald ‘Cowboy’ Cerrone at UFC Austin earlier this year. With two knockout wins in his last three appearances, he certainly has the power to hang with Barberena and would appear to fit the bill as far as ‘Bam Bam’ wanting to face someone who will help him put on a show for the fans.

Hill was initially set to face Alexa Grasso (10-2-0) in Nebraska with Casey only getting the nod after Grasso succumbed to a knee injury. The Mexican prospect currently occupies the number twelve spot in the strawweight rankings with Casey at number eleven.

The American is 3-3 in her last six appearances with all three losses coming against fighters in the top 10. A fight with Grasso would offer Casey the chance to build some much needed momentum before making another run at a top 10 opponent later down the line.

With the 25-year-old Grasso having lost two of her last three appearances, she will doubtless be eager to get back into the octagon as soon as her knee rehab is complete and a fight with Casey would make for an interesting test and a chance to prove that she has what it takes to be a force in the strawweight division.

The victory over Fili likely saved Johnson’s UFC career and although he remains unranked in a deep UFC featherweight division, he still has every opportunity to get himself into the mix if he is given the right opportunities moving forwards.

Former title challenger Ricardo Lamas (18-7-0) currently occupies the number 12 spot in the featherweight rankings and the 36-year-old would make an excellent next fight for Johnson. Coming off a pair of losses to Josh Emmett and Kids at Bektic, the UFC veteran is in desperate need of a win if he is to hang on to that number beside his name.

Facing Johnson would give Lamas a chance to add yet another notable name to his already impressive CV and solidify his position in the top fifteen. Johnson on the other hand gets the opportunity to push himself back into the rankings and use that as a spring board for pushing himself into contention at 145lbs. 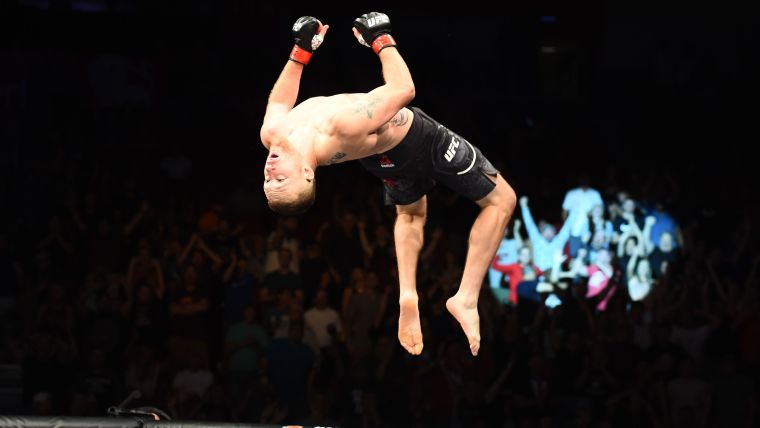 It was a fight which promised violence and that is exactly what Justin Gaethje unleashed on James Vick in Nebraska, adding yet another ‘Highlight’ to his already impressive reel and collecting his fourth performance bonus in four UFC appearances along the way.

Despite falling short in his last two appearances against top contenders Eddie Alvarez and Dustin Poirier, Gaethje clearly still has plenty to offer the UFC and shows no sign of shying away from the swashbuckling style which has seen him rapidly become a fan favourite in the short time he’s been with the promotion.

'The Highlight' is BACK! pic.twitter.com/ZwerZxfOHK

So what should be next for the UFC’s walking bonus machine?

Edson Barboza (19-6-0) has had a tough time of things lately. After putting together three impressive wins on the bounce, he had the misfortune to run into a surging Khabib Nurmagomedov at UFC 219. The new lightweight champion manhandled Barboza for fifteen excruciating minutes, talking to both him and UFC president Dana White who was sitting cageside, throughout the fight, calling for a shot at the title. Following on from that beating, the Brazilian met Kevin Lee just four months later and was on the receiving end of yet more punishment losing via a fifth round doctors stoppage.

While Barboza may have had a difficult nine months, there is no denying he is still a remarkable talent and one of the top contenders in a stacked 155lb division. A match up with someone like Gaethje, who is unlikely to look to use his wrestling to beat him into submission, could be exactly what the doctor ordered for Barboza.

A stand up battle between these two outstanding strikers would make for a fascinating contest, albeit a somewhat risky one for the Brazilian veteran. Without doubt this is the fight to make next.