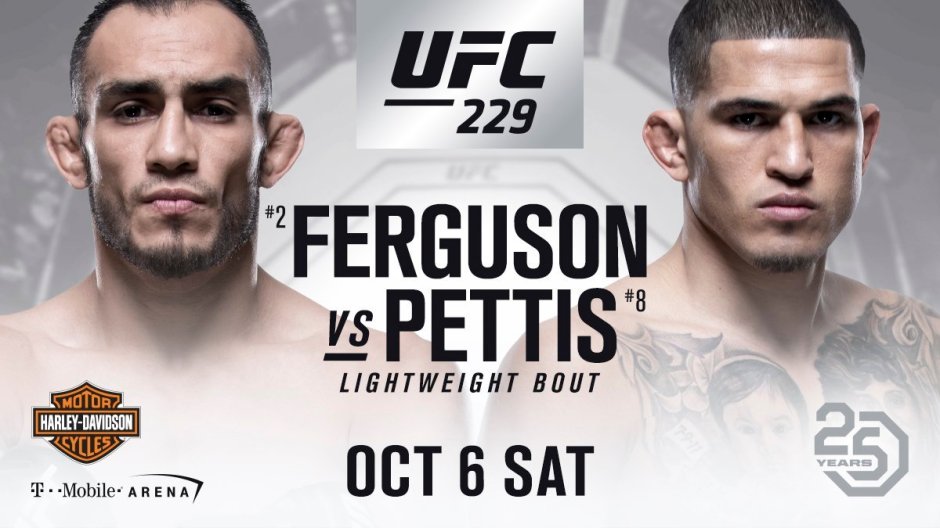 The stacked card what is UFC 229 not only features arguably the biggest main event in UFC history as Khabib Nurmagomedov and Conor McGregor finally throw leather, but another pair of stud title challengers at 155lbs will meet in the co-headliner. Grappling ace Tony “El Cucuy” Ferguson returns from his April knee injury against exciting striking specialist Anthony ‘Showtime’ Pettis.

Looking to add another notch to his incredible ten-fight win streak, longtime division mainstay, Ferguson secured an interim crown against the dangerous Kevin Lee in his most recent UFC outing. After slapping a triangle on Lee, Ferguson earned a unification clash for the vacant championship against Khabib at UFC 223. Unfortunately, this was not to come to fruition as Ferguson tore his LCL after tripping over a monitor cable whilst carrying out media obligations ahead of his Barclays Centre appearance.

On the other hand, after enduring the toughest stint of his professional mixed-martial-arts career in recent years, one-time WEC and UFC Lightweight kingpin Anthony ‘Showtime’ Pettis recently returned to winning ways with an eye-catching triangle armbar victory over Michael Chiesa.

The Roufusport product has an immense, often overlooked Brazilian Jiu-Jitsu base, but in fights alongside Joe Lauzon, Danny Castillo and veteran ‘Cowboy’ Cerrone, the Milwaukee native used his sublime Taekwondo ability to dispatch the trio. Both Pettis brothers feature at UFC 229, with younger sibling, Sergio Pettis meeting Brazil’s Jussier Formiga in an important flyweight three-rounder. 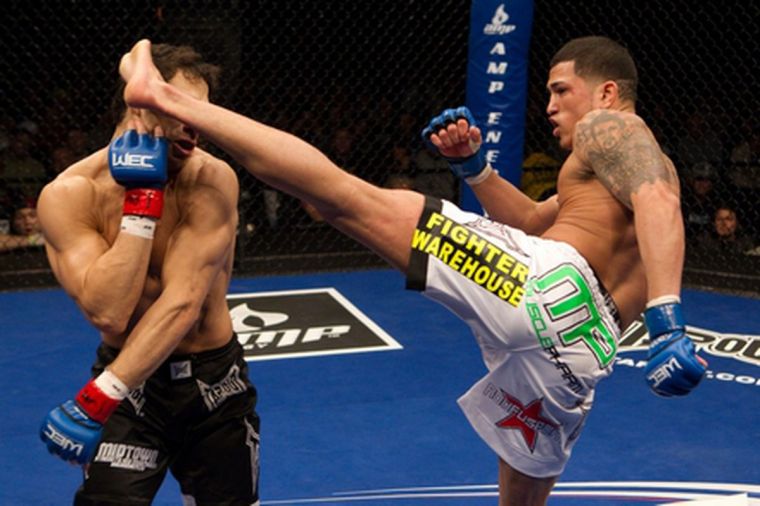 Despite Ferguson’s tendency to fight “long” and stick with a lengthy jab used in the Rafael dos Anjos fight, I believe “Showtime” may hold the trump card in any striking exchanges, particularly in the pocket. Pettis is arguably the more creative and dynamic between the pair with a wide array of kicking techniques in his arsenal.

One thing Ferguson will bring on Saturday night is his constant offensive pressure and long combinations. While both possess a resounding offensive grappling background, 10th Planet Jiu-Jitsu protege Ferguson holds a wicked guard.

Another posing question in this one is the current condition of Ferguson’s knee. Returning for the first time since April, I’d imagine Pettis to target calf kicks, particularly on the inside to buckle Ferguson’s recently healed knee, united with the incorporation of oblique kicks which will hyperextend and eventually halt forward pressure from the Oxnard native.

I think Pettis manages to get the job done against Tony and continue his resurgence to a potential second title tilt.