After 16 years of MMA history, Cage Warriors staged their biggest card of all time in Cardiff tonight to mark their 100th event. It’s a night that’ll be remembered for years to come, with two new champions crowned and every pro fight ending within the distance.

In the main event, home country hero Jack Shore remained unbeaten and raised the bantamweight title for Wales. In a near flawless performance, Shore shut down Mike Ekundayo’s takedown attempts and dominated the fight both on the feet and on the mat, securing a devastating TKO in the third round. It was total control for Shore in his most impressive performance to date, on a night that’ll go down in Welsh fighting history.

Congratulations to the NEW bantamweight king 👑

It was a perfect time to announce Cage Warriors’ return to Cardiff for CW104, which will take place on April 27th back at the Viola arena with Wales’ newly crowned champion on the bill.

In the co-main, the coveted Cage Warriors featherweight title that launched the careers of fighters such as Conor McGregor found a new home. Dean Trueman lifted the belt after a hard-fought battle with Aiden Lee that had the crowd on it’s feet. Lee threatened early on with numerous submission attempts, but the relentless grit and determination we’ve come to expect from Trueman won through and he struck his way to a third-round TKO.

Welshman Aaron Khalid brought home another win for the home crowd with a submission over Håkon Foss, and Nicolas Dalby weathered an early grappling onslaught by Phil Mulpeter to finish the Irishman with strikes. After the fight, Dalby had one thing on his mind – the welterweight belt currently held by Ross Houston, who was in attendance at the Viola Arena alongside current and former CW champs Brett Johns, Nathaniel Wood, Jack Marshman and Paddy Pimblett.

Every fight on the pro prelims also ended within the distance, with 4 out of the 5 in the very first round, making CW100’s undercard one of the most explosive in their 16-year history. Alex Lohoré picked up yet another knockout win over a high ranked opponent in Tim Barnett, and Rhys McKee made his CW debut in style with a stunning TKO over Jefferson George. Aiden Stephen and Brett Hassett both impressed with high-level submission finishes. 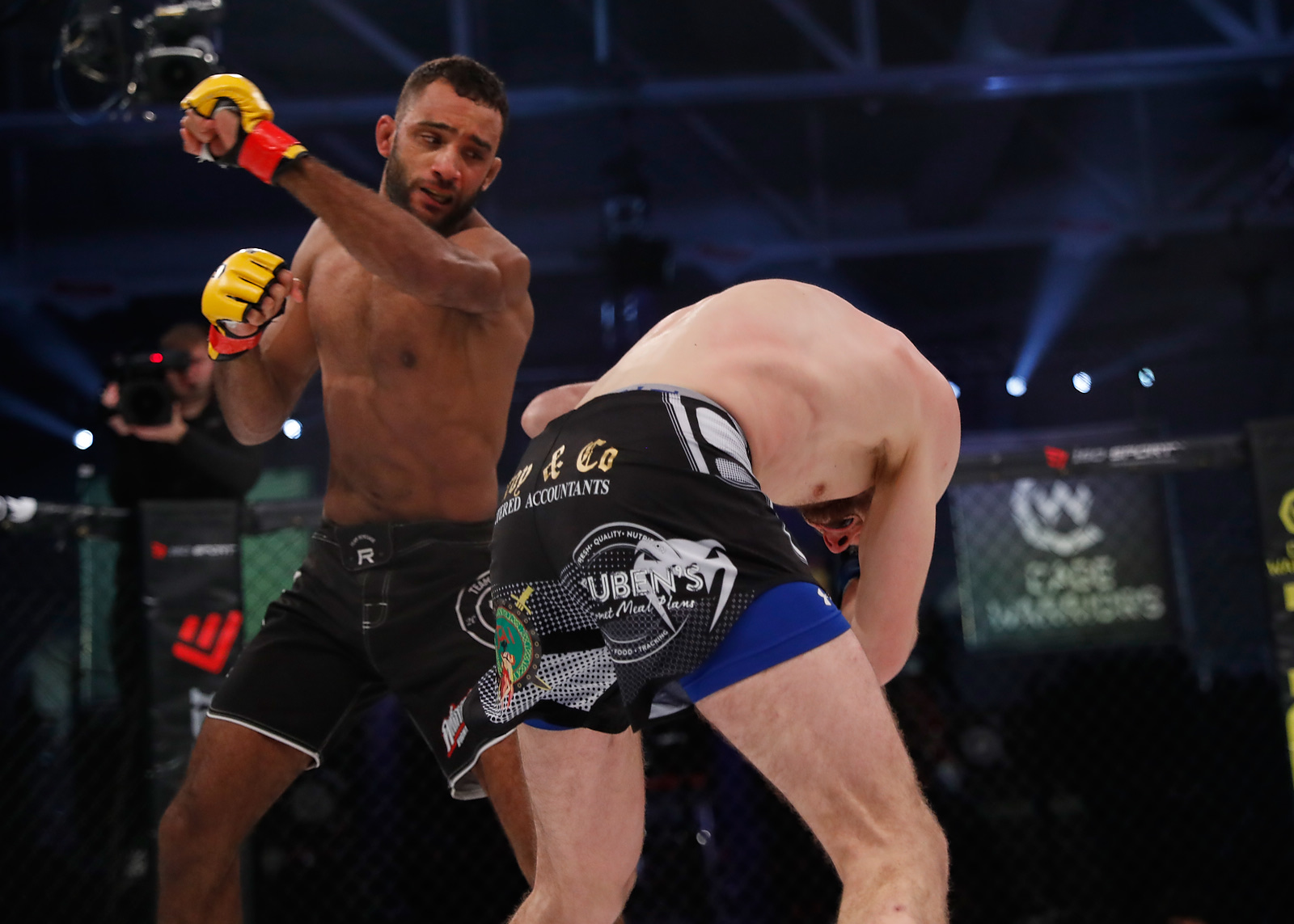 Perhaps the most impressive of the prelims was Jai Herbert’s huge win over Joe McColgan, dispatching the Irishman just two minutes into the first round with a furious barrage of strikes. As he stated in his post-fight interview, “the division’s on notice now.”

Scott "Boom Boom" Malone closes out 2018 with another win 👏

A submission win in enemy territory, what's next for Boom Boom? 🤔

Before the mammoth pro card, the night began with the Cage Warriors Academy Grand Prix finals, when 7 amateur winners were crowned the top in their divisions. Highlights included first-round finishes for Ismar Blagoje, Oban Elliot and Nathan Fletcher.

The full CW100 results are below:

Next up for Cage Warriors is their much-anticipated return to Liverpool for CW101 on February 16th.

When Cage Warriors announced plans to hold their 100th event before the end of the year, they promised to make it their biggest show to date. With just two months to go, they have announced that a number of their star names, including Paddy Pimblett, Jack Shore and Nicolas Dalby, will be fighting on the card and look set to make good on that promise.

END_OF_DOCUMENT_TOKEN_TO_BE_REPLACED

Wales and Poland offer up their hottest prospects for a historic world title fight at Cardiff’s Ice Arena on September 29th.

Still unbeaten in 12 amateur and 8 professional showings, Jack Shore is leading the horde of Welsh warriors fighting to put the country on the MMA map this year. Shore is soon to headline the biggest MMA card Wales has ever seen in a bantamweight title fight with  Polish submission specialist Jacub Wiklacz, now on a 3-fight finish streak.

END_OF_DOCUMENT_TOKEN_TO_BE_REPLACED

Cage Warriors have announced the signing of Jack Shore (8-0-0) to a new 5-fight exclusive deal, two days before tickets for his bantamweight world title fight at CW97 go on sale.