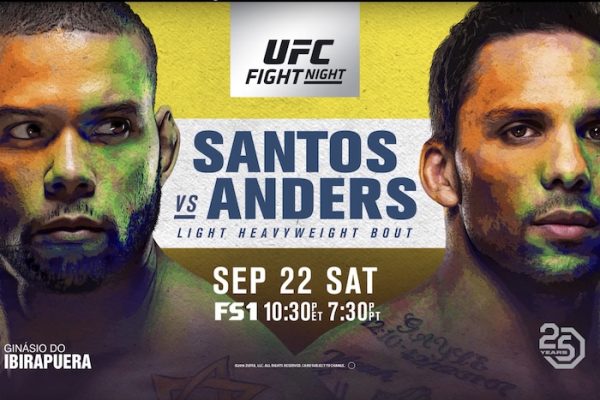 In the main event, Thiago “Marreta” Santos (18-6) makes the jump to light heavyweight for the first time to take on Eryk Anders (11-1) at short notice after Jimi Manuwa pulled out with an injury last week. In the co-main event, we will see the Brazilian Cowboy, Alex Oliveira take on Carlo Pedersoli Jr in a welterweight scrap.

The card also features Randa Markos, “Smilin” Sam Alvey and Chase Sherman looking to upset the Brazilian applecart with wins over the natives.

We will bring you all of the action as it happens over on the MMAMotion Twitter page (@MMA_Motion), and all of the official results will be updated in real time below. Give us a follow and join us for the ride.