Maycee Barber was all smiles after her UFC debut in November and had reason to be. The 20-year-old is currently the youngest fighter on the roster and is undefeated at amateur and pro (6-0). The Colorado native has been involved in the fight game since the age of 3, starting with karate and dabbling in everything from BJJ to boxing up until her pro debut in 2017. Fighting out of Fort Collins Martial Arts Academy, ‘The Future’ is back in action this weekend opening up the main card in Nashville against her toughest test to date, J.J. Aldrich.

Welcome to the UFC, @MayceeBarber!

Who wants to see Barber vs Dern next? #UFCDenver pic.twitter.com/9lxkZQJ7Vz

Barber had cut her teeth in Legacy Fighting Alliance to begin her career, going 4-0 with three finishes (two by submission, one by ground and pound). Barber’s ground and pound has been on display her last three fights, and when she gets on top and in position, there’s very few who’d be able to withstand it. In her last fight for LFA against Audrey Perkins, Barber caught Perkins’ kick and transitioned to a straight armbar before finishing the fight with relentless G&P.

After her LFA run, Barber was invited to main event Dana White’s Tuesday Night Contender Series and didn’t disappoint. In the 3rd round, Barber finished Jamie Colleen with that same ground and pound that ended her last fight and scored a contract.

Re-watch her contract earning finish as she prepares for #UFCDenver!

Barber then made her debut at UFC Denver last November and faced off against fellow newcomer Hannah Cifers. Barber opened a lot of eyes with a brutal 2nd round stoppage of Cifers while taking minimal damage in the fight.

Maycee Barber is a BEAST!!

Barber wants to be a household name along with being the youngest UFC champion ever, and she has a little under 3 years to do so. Standing in her way this weekend is J.J. Aldrich. Aldrich is on a 3-fight win streak after losing her debut, besting Chan-Mi Jeon, Danielle Taylor and most recently Polyana Viana at UFC 227. Barber will make the move to flyweight, where she will have more strength and power to add to her skillset. You can watch ‘The Future’ open up the main card. 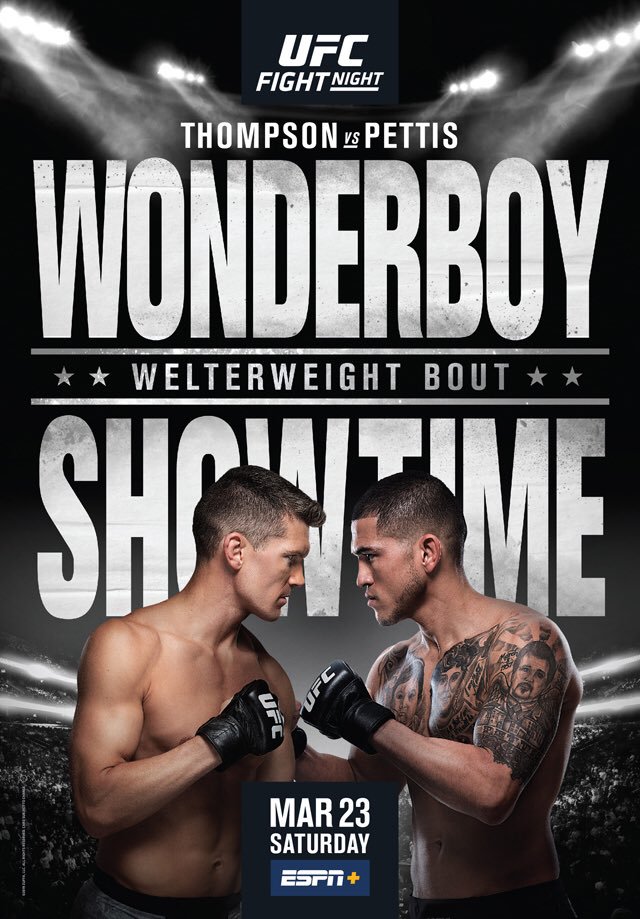 Dana White’s Tuesday Night Contender Series was back this week with an exiting women’s strawweight headliner.

LFA vet and promising prospect Maycee Barber faced former DWTNCS winner Jamie Colleen who hoped to pick up a contract this time. Both fighters have a combined seven finishes in eight fights.

Austin Vanderford, the fiancé of Paige VanZant, got his wish for a shot in the UFC and faced Team Alpha Male’s Angelo Trevino. Here’s who scored contracts and how the fights went down.

The opening bout of the card didn’t last long. Edmen Shahbazyan, a Ronda Rousey prospect, made it seven knockouts in seven fights as he finished Antonio Jones 40 seconds into the first round, landing a barrage of punches before dropping him and having the fight called. That performance was a no-brainer for a UFC contract.

We are off to a flying start!! Edmen Shahbazyan with the incredible performance to get the 1st round TKO. #UFCFIGHTPASS pic.twitter.com/xrZLLDM2pd

The first round of this fight is everything you’d hope for in an MMA bout. Both fighters were landing early, with Vanderford having the slight advantage. Trevino shot for a takedown and wound up getting Vanderford’s back before Vanderford slipped out and it was back to the feet. After a couple exchanges, Trevino landed a right that dropped Vanderford. Trevino went for the finish, even getting full mount at one point, but Vanderford survived the end of the round. The second round started with more trading exchanged before Vanderford now rocked Trevino. Trevino, clearly hurt, shot for a takedown, but Vanderford took his back and eventually locked in the rear-naked choke for the win.

The first round of this fight was very close. Lots of leg kicks were thrown by Onyenegecha and a nice spinning back fist was landed by Adams, but not much else happened. The second round was more of the same. The third round continued the technical fight, with both fighters staying outside their range, when with under two minutes left the lights went out. When the lights came back, both fighters went for it, hoping to steal a win. Onyenegecha wound up picking up the split decision win.

Lights are back on and action has resumed. pic.twitter.com/eqecgY1xQ0

The 6’0 Domingo Pilarte had the size and reach advantage going into this bantamweight bout, but Vince Morales did a good job of covering his distance in the first round, landing a few clean shots. Nearing the end of the round, Morales caught Pilarte inside and dropped him twice, cutting him open and ending the round on top with Pilarte leaking. Pilarte came out shooting in the second round, failing to get the takedown originally but after catching Morales’ leg on a counter, tripped him to the mat. Pilarte got to Morales’ back and locked in the rear-naked choke to put Morales to sleep. The comeback win for Pilarte was enough for a UFC contract.

Domingo Pilarte def. Vince Morales with a RNC in the 2nd round. What a choke and what defense as well. Awesome first round between them too! #DWTNCS #MMA #Fights #UFC #Fighting #RNC #Submissions https://t.co/tlpyehtHPV

The first round started with Colleen landing some punches before Barber closed the distance and took the fight to the fence, landing some elbows in the process. After a quick break and some nice right hands that landed from Colleen, Barber brought it back to the fence to end the round. The second round was pretty much Colleen’s right hand versus Barber’s kicks. Halfway through the round Barber landed a takedown and controlled top position until it ended. Maycee Barber came out in the third taking the fight back to the cage and keeping it there for nearly four minutes before hitting a takedown. With under a minute left, Barber landed some brutal elbows, opening Colleen up and getting a stoppage victory. Maycee Barber’s UFC dream of being the youngest champion in history is still alive and well as she will be joining the strawweight roster.

Maycee "The Future" Barber (5-0) flashes her potential in the main event, dominating Jamie Colleen en route to a third-round TKO. Busting up the former KOTC champ with some nasty elbows to end it, the 20-year-old has finished four of her five victories. #DWTNCS pic.twitter.com/wtBTIXbEwf

Dana White’s Tuesday Night Contender Series is back this week with an exciting women’s strawweight headliner. LFA vet Maycee Barber takes on former DWTNCS winner Jamie Colleen and ‘Paige VanZant’s man’ Austin Vanderford will get his shot at a UFC contract when he faces Angelo Trevino in a welterweight bout.