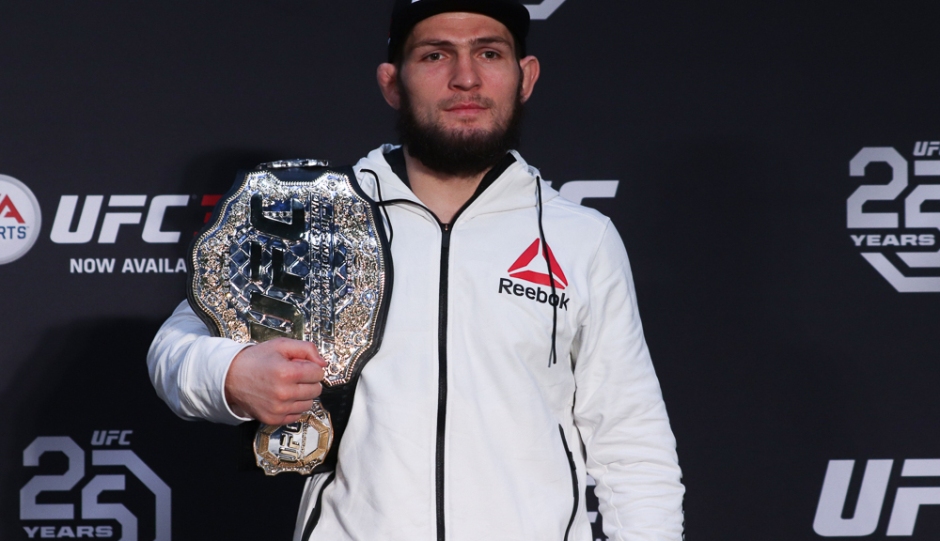 The official Team Dagestan Twitter page has tweeted an announcement about a work-in-progress fight between their own Khabib Nurmamogedov and the former welterweight and middleweight champion, Georges St-Pierre.

⚡️ KHABIB vs. GSP in the works. This is all that is known at the moment.

This appears to be the “big news” that MMA manager Ali Abdelaziz referred to in his tweet yesterday.

We will blow your mind big news coming @TeamKhabib 🔥🔥🔥🙏🏻

News about huge fights, however small, were announced first by Team Dagestan in the past, the last being the fight between Artem Lobov vs Zubaira Tukhugov, although the match was called of in light of the brawl at UFC 229, and had to be changed.

An error occurred with the date. Initially, and planned but ultimately decided to hold elsewhere. https://t.co/ipZyqeU3ja

If negotiations go through and the fight is confirmed, the 155-pound Dagestani champion will defend his belt for the second time. However, pending punishment from the NSAC for the UFC 229 brawl, the fight will likely not happen this year.

On the other side of this story, GSP has been vocal about his interest in fighters long after his win over Michael Bisping, eying the winner of the UFC 229 main-event fight between Khabib and  McGregor. Whether he was fighting again in the welterweight or the lightweight division was still a mystery. However, the recent tweet from team Dagestan may clarify St. Pierre’s intentions.

BackBin July, he was offered by the UFC to fight against Nate Diaz, but the Canadian was not interested, as he saw this as a money opportunity, and was instead seeking legacy fights.

As this news develops, we shall he if a legacy fight comes to fruition.